With ‘Tales of Us’,’ CoMetta ‘connects a number of the folks and tales that make Greensboro what it’s’ | Weblog: Go Triad – A&E Further


Sheldon Herman, one of the presenters of Stories of Us in January, repaired nearly 400 bikes that were given away to teenagers and immigrants last year. 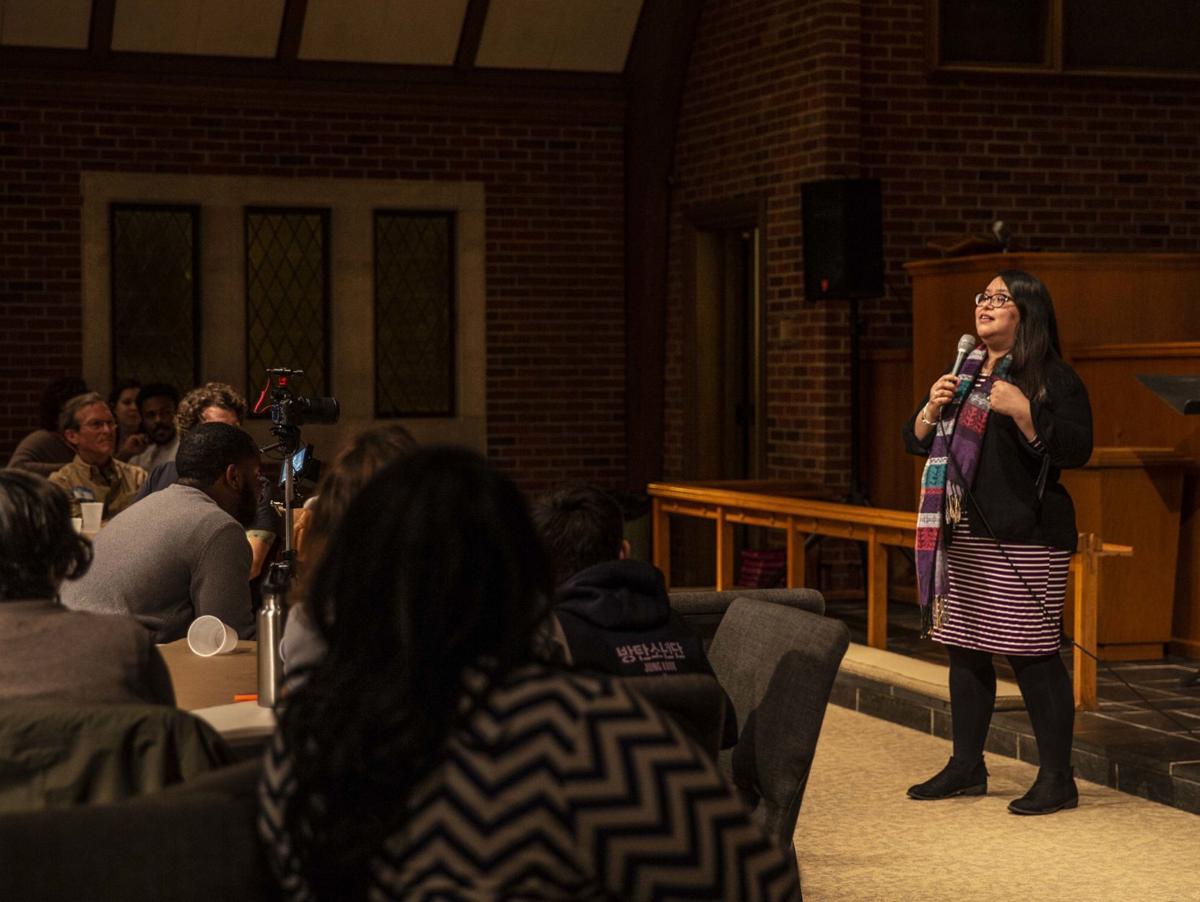 Dulce Verenisse will address the Stories of Us: Making Beautiful Places event on Wednesday, January 16, 2020 at Christ United Methodist Church in Greensboro, NC.

GREENSBORO – What is possible, asks Lyndon Rego, when people and communities see endings as opportunities for new beginnings?

You can redesign yourself and your city and make it more lively and vital.

You can help create a downtown greenway that surrounds the downtown area.

You can form the Casa Azul organization, which supports the art and culture of Latino.

You can launch Reconsidered Goods, where donated materials are used on behalf of others to make something new out of them.

On Wednesday, 19th of February Leaders in this effort and others will speak about them at a public gathering called “Stories of Us”.

The audience will then share their own experiences in small groups.

Lyndon Rego greets the crowd at his first Stories of Us at Greensboro HQ.


Since November, Rego has brought local speakers and audiences together in monthly public talks to help build a community.

“Stories of Us” is a facet of Rego’s endeavors that he calls CoMetta.

The word “metta” comes from the ancient language called Pali and means “loving kindness,” he said. The “Co” refers to community.

“It is my insight into what we can do to rebuild fellowship in the modern world,” he said.

Rego was born in Bangalore, India and spent 14 years at the Center for Creative Leadership. He served as the global director of the Leadership Beyond Boundaries program, expanding leadership development efforts to other countries.

“I saw from this work that the power of connection and the concept of empathy are so critical to developing a deeper connection between people that our relationship with others and the way we work together have changed,” said Rego.

After CCL, he worked for two years with the African Leadership University on a small island in the Indian Ocean. In 2019, Fast Company magazine named the university among the 50 Most Innovative Organizations.

Rego and his wife Philomena returned to Greensboro in September.

He values ​​the diversity of the city, not just its white and black populations, but also its immigrants and refugees. He values ​​his colleges and universities.

“There is an attempt to go from a production center to a creative economy, a maker city,” said Rego. “It’s on that kind of journey of reinvention … I thought Greensboro was a good place to start making that vision of CoMetta a reality.”

He has organized monthly Stories of Us sessions in different parts of the city to draw people from all over the city to other rooms and neighborhoods.

Lyndon Rego greets the crowd at his first Stories of Us at Greensboro HQ.

The December meeting moved to Studio 503, where artists rent studios on East Washington Street. Artists’ cooperative leaders shared their efforts to foster a creative economy in the city.

In January they gathered at Christ United Methodist Church in the Glenwood neighborhood to talk about Making Beautiful Places.

Kathryn Hubert spoke about the French restaurant Chez Genèse in the city center, which employs people with intellectual and developmental disabilities.

Liz Seymour will speak about Stories of Us: Making Beautiful Places on Wednesday, January 16, 2020 at Christ United Methodist Church in Greensboro, NC.

Sheldon Herman, one of the presenters of Stories of Us in January, repaired nearly 400 bikes that were given away in 2019 to teenagers and immigrants.

FaithAction is gaining national recognition for helping thousands of newcomers each year while educating and connecting diverse communities across cultures and beliefs.

The “America, can we talk?” The project tries to bridge racial segregation.

Rego estimates that each gathering attracted around 80 people.

“I hope to inspire people to think about what they could do for themselves,” said Rego.

“Lyndon Rego does a wonderful job bringing community lawyers together with creative stories to inspire our entire city,” said Marsh, who has brought more public murals to the city. “His approach is as refreshing as it is comprehensive.”

Filmmaker Stephen van Vuuren speaks about his latest film “In Saturn’s Rings” at the sixth annual TEDxGreensboro forum in March. “I’m passionate about images from space and wanted to share them on the largest screens possible,” said van Vuuren.

“I always look forward to reporting on ‘In Saturn’s Rings’ but haven’t had so many opportunities to share on location,” said van Vuuren. “The event was a great place to share and listen to others that I didn’t know about before the event.”

“There is an abundance of creativity in this area, but it is impossible to get a complete feel for it,” added van Vuuren. “The event felt like the tip of the iceberg. I wish there were more options like this.”

Musician Kate Tobey said she enjoyed talking about her music and connecting with others.

“I’m a huge fan of anyone trying to build Greensboro through creativity and community, and Lyndon seems to be one of those people,” said Tobey.

“So many people here have cool ambitions for the city, and there’s a lot of really creative, passionate, authentic work going on all day, every day, across our community,” said Tobey. “CoMetta is a nice addition to this scene and connects some of the people and stories that make Greensboro what it is.”

This month’s Stories of Us on the Creative Aging Network-NC will focus on people who are reshaping themselves and their community.

Paige Cox, owner of Reconsiderd Goods, will speak on February 19 on Stories of Us in a photo in Greensboro, NC on February 5, 2020. (H. Scott Hoffmann / News & Record)


Speakers include Dabney Sanders, Downtown Greenway Project Manager; Mariana Rodriguez from Casa Azul, who supports Latino art and culture; and Paige Cox of Reconsidered Goods, who uses donated materials for others to create something new.

Travis Laughlin will speak about Elsewhere, the museum in the city center and the artist residence in a former thrift store. Toni Puckett will speak about her new endeavor, Sacred Drum, and Dora Som-pimpong will speak on the Creative Aging Network.

So far, all Rego efforts are voluntary.

In addition to Stories of Us, CoMetta offered hackathons, a method that companies can use to solve problems.

“I see it as a social business, something between business and nonprofit,” said Rego. He wants to build a sustainable business model that can bring some income, he said.

He hopes to have its own CoMetta hub later this year, which can host daily gatherings and other events.

Early morning hours could bring yoga, tai chi, or meditation. During the day, the Regos hub could host executive development and strategic planning for companies.

“I hope if it stays here it could have an impact on more parts of the country and hopefully internationally,” he added. “It’s something we need all over the world.”

Get local news delivered to your inbox!